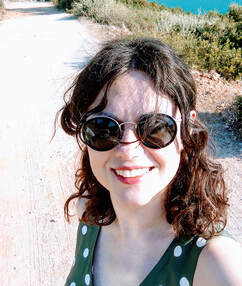 ​Niki Orfanou is a writer, theatre-maker, journalist and researcher. Born in Athens, she studied at the universities of Crete, York, Edinburgh and Birmingham before completing a PhD on new dramatic writing at Roehampton University, London.
Her essays, reviews and poetry have appeared in numerous publications. Staged in the UK and Europe, her plays include Lucas and Time (premiered at Osnabrück Stadttheater, Germany), I Could Sleep in Your Arms (winner of Scriptspace, TBF) and Town with Wooden Shutters (selected for the International Performance Festival Athens System). She was a finalist for the Palmarès des Journées de Lyon des Auteurs de Théâtre (France, 2016) and the Prix des Libraires du Quebec (Canada, 2019). She lives in London.